It was a good week for top teams in Premier League as all top-six sides excluding Tottenham registered wins during the weekend. END_OF_DOCUMENT_TOKEN_TO_BE_REPLACED

With another round of La Liga games now in the bag, it’s time to see just which defenders contributed to their team’s cause by doing their job best.

END_OF_DOCUMENT_TOKEN_TO_BE_REPLACED

The Premier League steam train continued to roll on as the 10th round of fixtures took place on pitches across England. END_OF_DOCUMENT_TOKEN_TO_BE_REPLACED 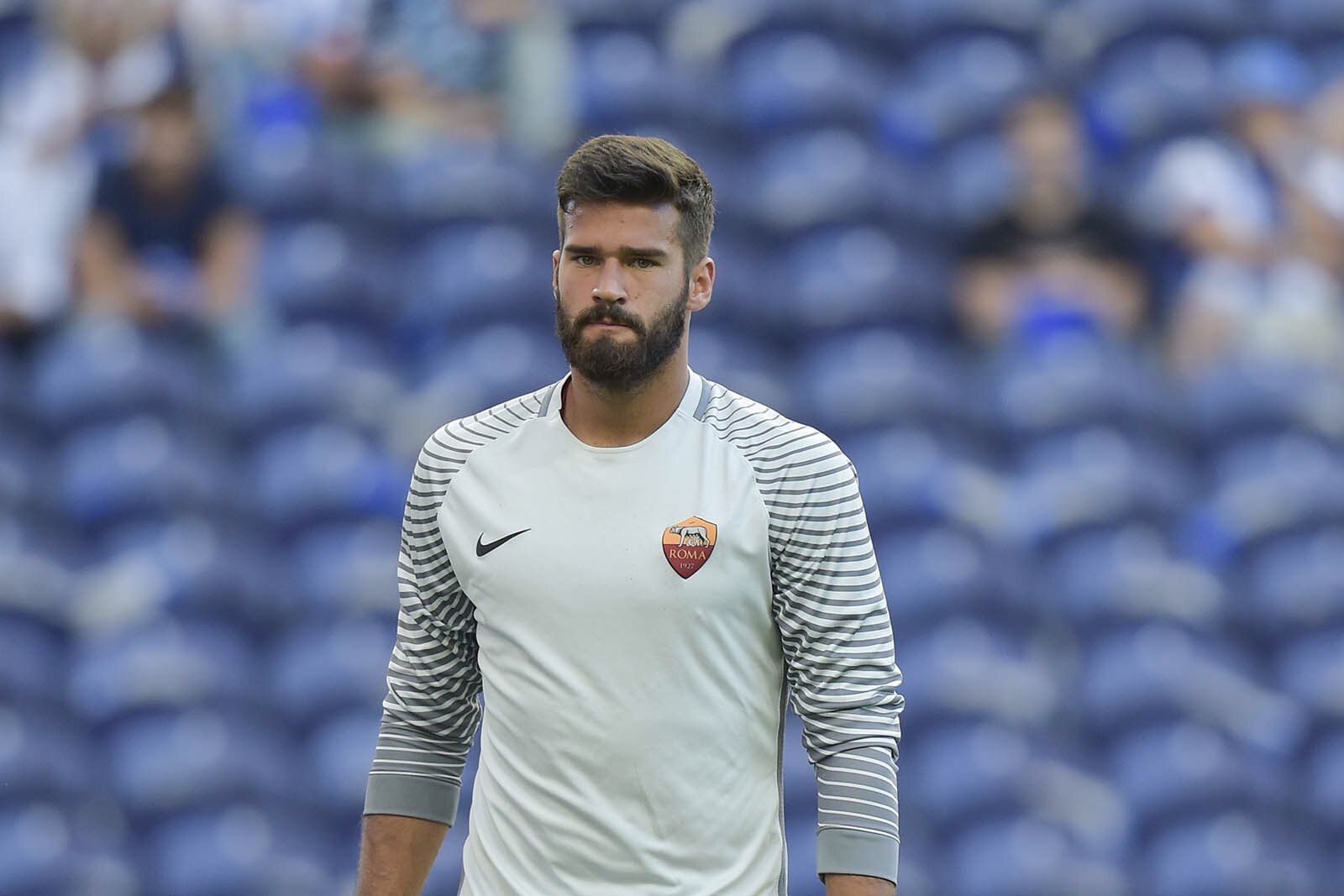 A busy week in the Italian League as the teams played twice in three days. END_OF_DOCUMENT_TOKEN_TO_BE_REPLACED

The rise of Northern Ireland since Michael O’Neill’s appointment in December 2011 has been remarkable. He inherited a team from his predecessor Nigel Worthington which ended the qualification campaign for Euro 2012 with four successive defeats.

As well as being beaten twice by Estonia, defeats to Italy and Serbia combined to leave Northern Ireland fifth in a six-team group. Thus, Worthington’s reign ended in disappointment, but that of Neill did not begin well either. He led his team to just a single victory from the 10 World Cup 2014 qualifying matches, as the Northern Irish once again ended a qualification campaign in fifth place. 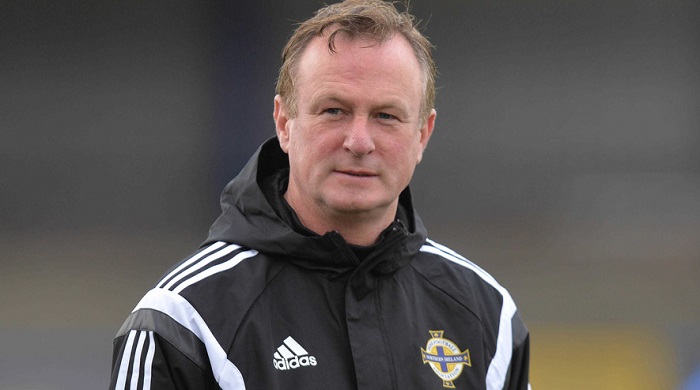 Despite the negative results, there were positives for O’Neill. Away draws against Portugal [1-1] and Israel [1-1], along with a 1-0 home victory over Russia, provided some hope and indicated there is potential for Northern Ireland’s fortunes to improve.

Although they amassed just seven points during their bid to reach World Cup 2014, Northern Ireland were given a rather decent draw for the Euro 2016 qualification campaign. Not required to face any of the strongest teams, such as France, Germany, Portugal or Spain, they took advantage of being placed in a winnable albeit competitive group.

By winning their first three qualifiers – as many as they had done in the two previous qualification campaigns – O’Neill’s side put themselves in a strong position to qualify for the finals.

After responding well to a 2-0 defeat to Romania by beating Finland 2-1 and avoiding defeat in their five remaining fixtures, Northern Ireland topped Group F to qualify automatically for Euro 2016.

The goals – seven in nine appearances – of Kyle Lafferty, were vital in helping them reach the ultimate objective of making Euro 2016. The great commitment of the players combined with the collective approach and team spirit, promoted by O’Neill, formed the foundation behind this team’s accomplishment. Each one of the attributes was again on display evidence in France during Euro 2016.

A 2-0 victory over Ukraine, courtesy of goals from Gareth McAuley and Niall McGinn, sufficed to secure a place in the last 16. Unfortunately, the end was marked in the Round of 16 following a 1-0 to Wales.

Despite the defeat, O’Neill kept faith in the squad and decided to regroup. He firmly believed the players were dedicated and competitive enough to help the Northern Irish compete for a spot in World Cup 2018.

That decision is proving to be the correct one so far. With their fine Euro 2016 journey fresh in the memory, O’Neill’s players comfortably secured second place behind Germany, in a group also featuring the Czech Republic and Norway. Most of the key players ply their trade in the English Premier League or the English Football League Championship.

A defensively solid unit, with key members such as Michael McGovern, Conor McLaughlin, West Bromwich Albion duo Jonathan Evans and Gareth McAuley, has been instrumental in Northern Ireland keeping clean sheets in all but two matches in their qualifiers – both defeats world champions Germany.  On the attacking front, the responsibility of scoring goals was shared by several players, with Chris Brunt, Steven Davis, Kyle Lafferty, Josh Magennis and Jamie Ward, all having scored more than one goal.

Under O’Neill’s guidance, Northern Ireland have developed a good habit of defending well, whilst exploiting opportunities to score from set pieces. Their transition from the team which struggled badly in the Euro 2012 and World Cup 2014 qualifying campaigns, into a team to be reckoned with has steadily evolved leading up to participating in Euro 2016.

Credit must be shared between the manager’s intelligent approach to focus on his squad’s best attributes while the players themselves have given their best on the pitch. The commitment of the players cannot be questioned. Will this be enough for Northern Ireland to overcome Switzerland and qualify for Russia 2018?

Nicholas Carroll is back with the latest edition of EuroFantasyLeague’s Video Recap covering the best highlights and top performers from Week 10 in the English Premier League as well as Italy’s Serie A and Spain’s La Liga. END_OF_DOCUMENT_TOKEN_TO_BE_REPLACED 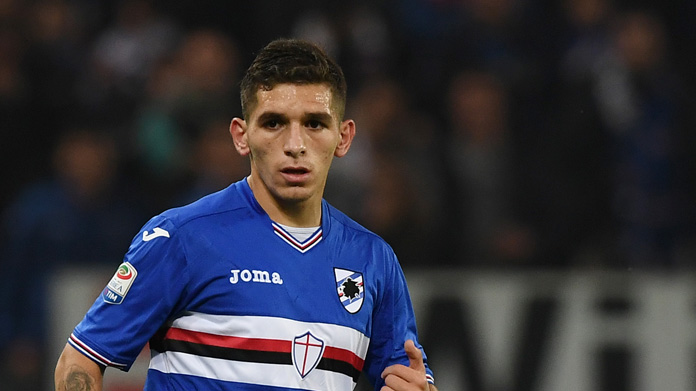 Differently from other positions, there is no shortage of excellent young central midfielders in Serie A. Besides Sergej Milinkovic-Savic, who is among the league’s best outright, there are several upcoming players who have already earned primary roles in the top teams.

Unsurprisingly, two of them were raised by Atalanta and then moved to bigger clubs. Roberto Gagliardini joined Inter last January and his consistency has been a pleasant surprise, because he was lost in the shuffle prior to the 2016/2017 season. Gian Piero Gasperini trusted him, the Nerazzurri nabbed him quickly and he has been very reliable: he is not flashy, but an all-around midfielder, whose work is always precious. Franck Kessie is more muscular and explosive, but Milan got what they hoped for: a dominating presence in the middle of the field. Lucas Torreira’s play in the last two seasons has been superb: he is rather tiny but he is imposing in both phases, he has great feet and he is an excellent distributor. His full arsenal was on display in the last win over Chievo Verona. END_OF_DOCUMENT_TOKEN_TO_BE_REPLACED

Arsenal once went an entire league season unbeaten. Today that achievement feels like a glorious episode from another lifetime! By winning 26 matches and securing a draw in the remaining 12 English Premier League games during the 2003-2004 season, Arsenal won the title while remaining undefeated.

Ever since that title, whilst they have consistently shown great promise and potential, Arsene Wenger’s Gunners have enjoyed little success in the Premier League. The London side has found it much easier to impose its will in the FA Cup. Wenger has overseen Arsenal’s last 7 FA Cup triumphs, including an impressive haul of three FA Cup trophies out of the last four tournaments. However, Arsenal have struggled to contend in the Premier League and have been unable to add to their haul of three EPL titles under Wenger. END_OF_DOCUMENT_TOKEN_TO_BE_REPLACED